The Qatar National Convention Centre is impressive to say the least. The facility, which opened in December 4, 2011, has been awarded the 'Best Events Venue' by the Middle East Event Awards in 2013, Best Convention Centre in Middle East by MICE Report Awards in 2012 and meets the Gold certification for LEED. Door Engineering was contacted back in early 2011 to quote 22 fire rated, electrically operated, sliding doors for the convention center's parking garage.

The project consisted of 17 electrically operated, single slide doors. The doors were designed in accordance with our fire rated door system, but did not have the labels applied since they were over the approved 20'-0" width. Underwriters Laboratory (UL) came to our facility to witness our manufacturing process and then provided documentation certifying that the doors were designed and manufactured in compliance with our UL 10B file with the exception of the door size. Each door also had a fire rated pass door. The doors allow sections of the parking garage to be either blocked off when the doors are closed or opened to allow more parking. 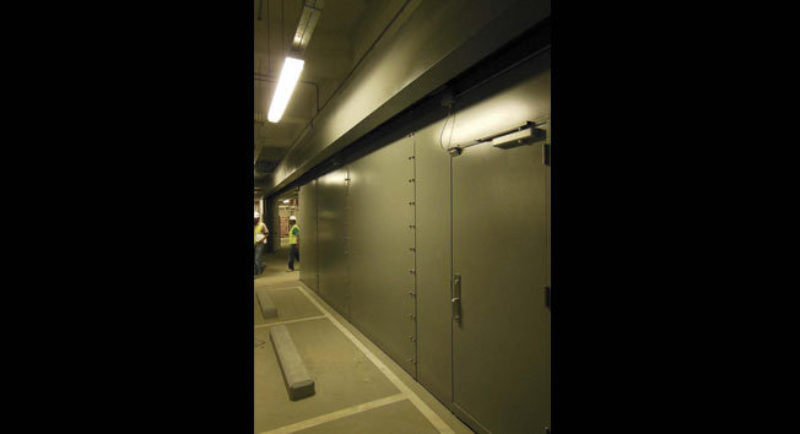